Blitzball Explained, a Guide to Blitzball

How was Blitzball Started?

Blitzball was invented by a “baseball toy inventor’ who researched on different techniques including scratching and denting and experimented with different materials to create a ball with significantly more curve and velocity that promises twice the distance as well as twice the curves of a baseball.

The design that is currently awaiting patent makes the ball curve more than other baseballs using its unique shape and surface texture. With the bllitzballs being made of high quality plastic polymers and weighing in at just under one pound each, you can easily throw the ball farther and faster than you would an ordinary baseball. The ball’s surface design features seventy two hexagonal sides that are symmetrical, with only one small hole, this significantly cuts down on wind resistance, allowing the balls to spin as desired and maintain velocity. The blitzball is hollow to keep the weight at a minimum and neon green for easy spotting. With the balls being so easy to control, even beginning players can throw great curve balls with precision. Blitzballs are quite durable thanks to the plastic polymers they are made of.

The unique design of the blitzball results in 40% more distance than a normal baseball when hit. The ball also breaks impressively from one side to the other resulting in almost everyone being able to hit a home run. Many technical pitches are easy enough to master with a few tries of the Blitzball including curve-balls, sinkers, sliders, knuckle-balls and change-ups.

The bat on the other hand is very sturdy though made of light weight plastic and will not break easily from hitting the high speed balls, it also has a great grip without chances of slipping, it is blue in color and slightly wider than a baseball bat. An ordinary aluminum bat can also be used with the Blitzball especially when training hitters for real baseball. The aluminum bat provides compression which is great for making a solid hit with the Blitzball. Blitzball has often been defined as Wiffle ball on steroids by users and received the gear of the year’ award from Men’s Journal Magazine in 2012.

Where to Buy Blitzball

That is a question we are being asked all of the time. Unfortunately, the game is becoming so popular, most retailers cannot keep it in stock. Walmart, some Target and Dick’s Sporting Goods stores will have them, but again, they are sold out because Blitzball is so popular.

How to Play Blitzball

Playing a game of blitzball is really similar to playing real baseball. Each game will have two teams, one trying to score points and the second team trying to defend the field. When a ball is hit, points will be scored by running the field and getting back to the starting position. The pitcher will throw balls which the batter will have to make a split second decision on whether the ball is safe to hit then depending on his judgment, he will swing for the ball, if he succeeds in hitting it, the ball is in play. As the ball that has been hit is moved across the field, the batter who is now the runner makes a run for first base, after getting to first base, the batter can continue going as long as it is safe. The runner will be out if the defending team’s fielders get the ball back to the runner’s position. Pitches are thrown similar to in real baseball but with the blitzball.

Here are a few guide lines to throwing some simple as well as more complicated pitches using a Blitzball;

Curve-ball: Curve-balls are generally harder to throw because of the mechanics involved. To throw a perfect curve ball using a blitzball, but the middle and index fingers together and align the middle finger with the blitzball’s seam. Getting a tight grip will increase the control you have over the ball’s trajectory. It is important to ensure that the wrist rolls downwards as the ball leaves the hand. It takes experimenting and a few tries to perfect the curve-ball.

Slider; This is probably the easiest pitch to learn and throw using a blitzball for most people. Hold the Blitzball with the middle or index finger along the seam of the ball keeping the fingers close together and the ball slightly off-center. Throw the ball letting it roll off of your index finger on the thumb side. Wrist snapping is not necessary as the ball curves by itself if the technique is properly executed. Done properly, the blitzball will curve sideways at least 3 or 4 feet to either side depending on the hand the pitcher prefers to use.

Knuckle-ball: Throwing a knuckle-ball with a Blitzball results in incredible motion. Curling the middle and index fingers, grip the ball with the ring finger and thumb supporting the bottom of the ball. Release the ball using the fingers to push outwards ensuring the ball does not spin. A knuckle-ball thrown perfectly has zero spin. Try to curl the fingers at the top of the ball as much as possible.

Change-up: The blitzball is great for throwing the ‘circle change’, which is a slight variation of the change-up. As the name suggests, the key to throwing a good circle change is to make a small circle with the index finger and the thumb similar to what you would do while making the okay hand gesture, then with the three remaining fingers, grip the ball perpendicular to (across) the seam and release the ball straight from the fingers avoiding any curving action. Alternatively, once you have gripped the ball correctly, you can turn the blitzball (without curving) while releasing. This will result in a screwball fade. Also to increase unpredictability of the balls trajectory, you can try to hold the ball as close to the palm as possible until just before the moment you release it. Generally, the hitter will not see it coming.

Rising Fastball: The rising fastball is probably the hardest to master but once mastered very few hitters will be able to hit since it rises or tails at the very last second. To execute the rising fastball, grip the blitzball with the middle and index fingers positioned across the seam. There are two ways to throw a riser, either you can throw it over the top straight or turn the arm slightly to a three quarter angle before releasing. A looser grip will create maximum velocity and backspin by allowing the fingertips to whip around the ball. Throwing a riser with a blitzball may prove hard especially for younger pitchers due to the amount of arm strength it requires to execute properly. It is not recommended for children to practice throwing rising fastballs using a blitzball, two seam fastballs that are easier to throw with less effort and will result in almost the same effect.

There are numerous YouTube channels that give a step by step break down on how to execute many different pitches along with tips and techniques to improve blitzball playing skills. More tutorials are found on the official blitzball website.

The rules for playing Blitzball are mostly rules adapted from the rules of real baseball together with Wiffle ball and are then modified to fit blitzball. Given that the game is rather young, the rules are undergoing regular changes and are not set in stone. Many leagues are actually open to suggestions on new rules and adjustments on existing rules from blitzball players. If you are playing a blitzball game for fun in your backyard with friends and family, you can make up the rules as you go to fit your particular setting.

Some of the rules when playing blitzball include;

Some rules will vary between different leagues. Currently, rules do not apply so much since most players play for fun in their backyards. This is however quickly changing with more and more official leagues being created. 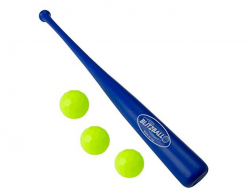 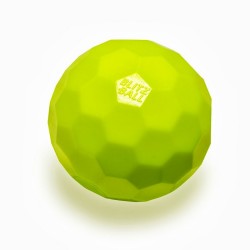